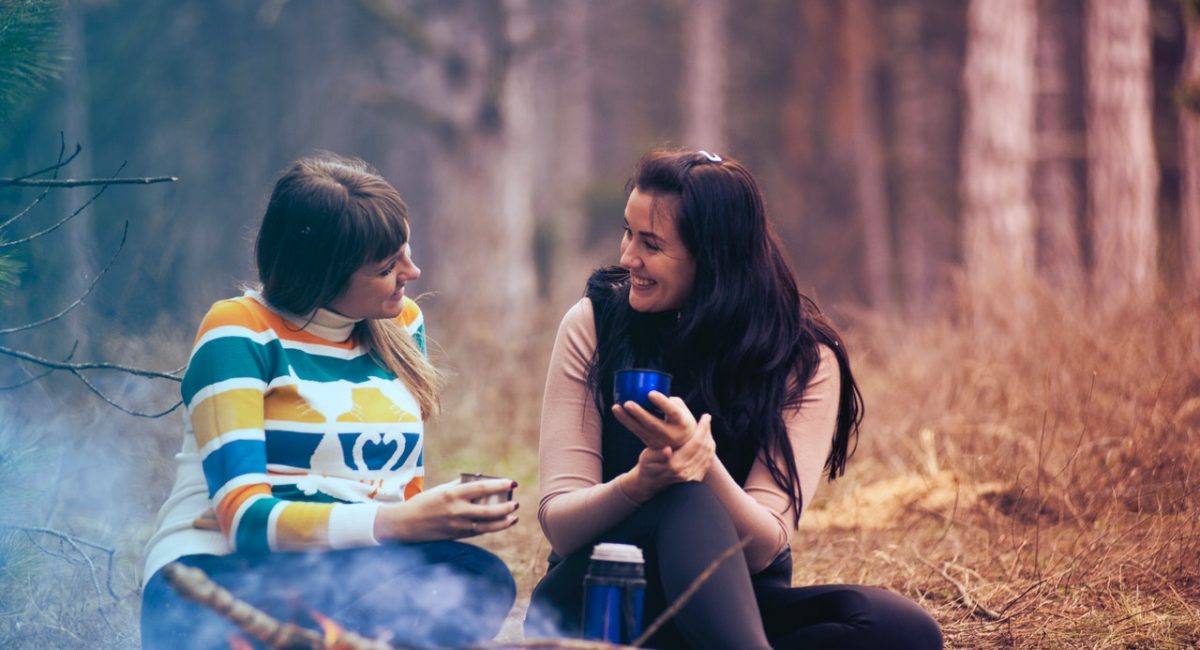 Why is Listening Important in Discipleship?

It was a beautiful summer and a lady invited her family and friends for a meal. As they gathered around the table, she asked her son to pray. The boy retorted: “But I do not know what to say.” So she tells him: “Say what I said this morning.” And the boy says: “God! Why did I invite all these people to my house?”

Hospitality is naturally an important element of life in the Middle East given the very hostile terrain of vast stretches of waterless rocky desert and scorching sun. Such hospitality is lost to urban living today where we open our doors only to family and friends, and on invitation. Our houses are under alarm and constantly locked. Our doors have the peepholes and the CCTV cameras keep 24 hours surveillance. Strangers can no longer be trusted. How this is a step forward in our so-called modern world remains to be seen.

In our First Reading this Sunday, we see Abraham – a nomad, living in a tent and constantly on the move to meet the needs of his flock. We are told that God with two angels visited him in the guise of three travelers. It is the way God constantly enters unexpectedly into our lives and often remains unrecognised. This was how Jesus appeared to people after his resurrection. How important then, to treat every stranger we meet with deep respect. 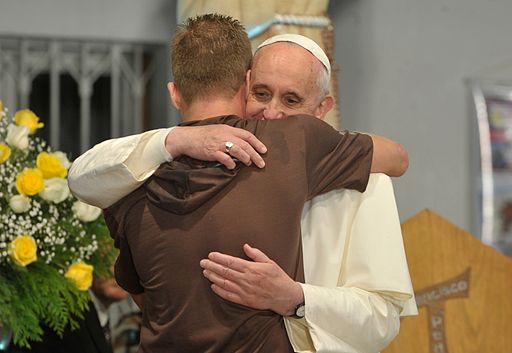 Abraham insists on hosting the visitors. He provided refreshments: a shed, some water to wash their scorched and dusty feet. He then asks his wife to prepare special food for them. He entertains them while they eat. This act of kindness to the stranger does not go unrewarded. The appreciative visitors blessed Abraham with the promise that his barren wife would conceive even though she was well past childbearing age. When we welcome God into our lives, he will always come back in ways which may surprise us.

Ironically, this story comes immediately before the story of Sodom where hospitality is abused. There, the same three men were received by Lot, a relative of Abraham. Sodom is a city steeped in gross sinfulness and immorality as evident in the people asking Lot to allow them to gang rape his three male visitors. Then, homosexuality was abhorrent to the Jews; it was the utmost degradation for a man to allow himself to be penetrated like a woman. This inhospitable move was that despicable that Lot rather offered them his daughters instead; it was better to have his own daughters violated than allow his guests to be so defiled. And it can’t bear imagining that in sodomising the strangers, they would have been sodomising God!

Yet, while we need to open our house to God, we need to open our hearts first. That was underscored as Jesus visits in person in the Gospel. The house of Martha, Mary and Lazarus seems to have been a place of refuge for him when things got too difficult in nearby Jerusalem. Jesus, we know, had no home of his own.

While this is part of his message of total freedom and detachment, it also underscores his assurance that whoever for his sake leaves home, father, mother, brothers, sisters and property, should find these a hundredfold in return from people. Both Mary and Martha demonstrated hospitality. What is called to question is the priorities. While Martha arranged the dinner, Mary listened at the feet of Jesus. 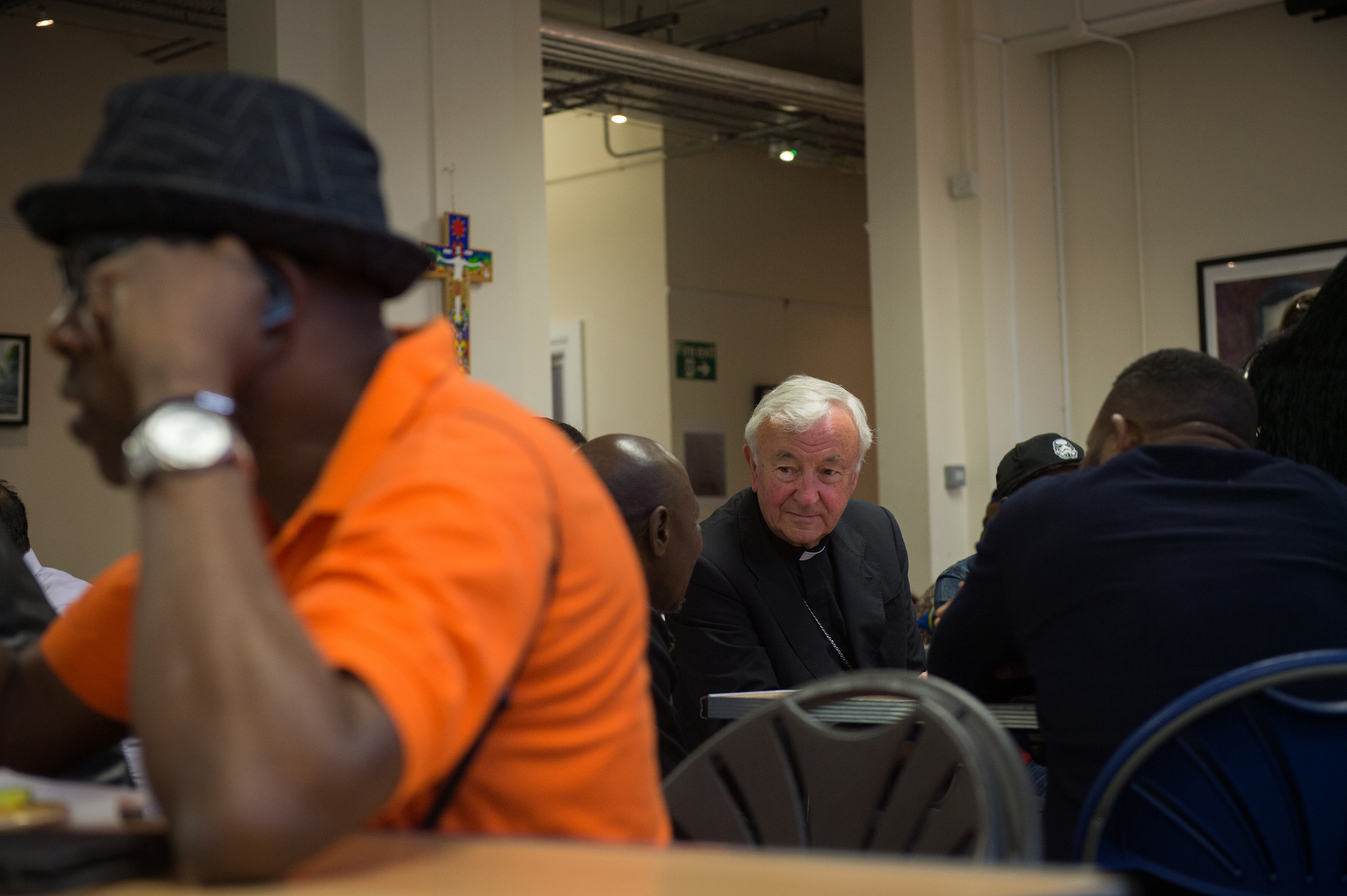 In our hospitality, which should come first between listening and serving? In a job interview, applicants were to write an assessment test. There were 100 questions to be answered in 30 minutes. But they were asked to first read the instructions carefully before answering the questions. In the instruction, it states that candidates must read through the whole questions before attempting any. But, as soon as the applicants were asked to start, all, except one, rushed straight into answering the questions without reading the instructions. They wanted to beat the limited time. Halfway, time was up. When the papers were collected, only one applicant passed the test; the one that read and followed the instructions. Ironically, he didn’t answer any of the questions. He only read through all the questions and when he came to the last question it said: “You are not meant to answer any of the questions, simply hand in your paper after reading through.”

In a way, we could say that Mary who listened to Jesus passed the test while Martha who went straight into arranging dinner failed. What Martha did could be likened to a waiter who goes on to arrange a meal for a guest without first taking the order. A good waiter listens and takes the order first before heading to the kitchen otherwise how does she even know what the guest wants.

Yet, the true disciple actually needs to have elements of both Martha and Mary, after all, when Jesus called his disciples, it was for two purposes: “to be with him, and to be sent out to proclaim the message” (Mark 3:14). However, we are made to see that humility of listening (being with him i.e. relationship) should lead us to act accordingly.

A music teacher once asked her class the difference between listening and hearing. At first there was no response. Finally a hand went up and offered this wise definition: “Listening is wanting to hear!” Yes, listening is active, alert and attentive. Hearing is merely the ability but listening is the attitude. Hearing is nature, listening is nurtured.

Trouble always follows when we act without listening first even if with the best of intentions. David was all ready to build a Temple for the Lord until the prophet Nathan told him that it wasn’t for him to do. To his credit David listened.  In spite of the urgent need to throw ourselves into the work of the Lord, it is only logical that my relationship with the Lord of the work comes before my involvement with the work of the Lord.

Meanwhile, the radicality of Jesus in overturning oppressive social conventions in the service of the Kingdom of God is once more at play in this encounter. Contrary to what the regular Rabbi would do, Jesus has been seen relating closely with the social outcasts including women in an all man’s world. Among other things, he spoke in the open with the woman at the well who was also from the despised Samaritan stock, he forgave the woman caught in adultery, he allowed the woman who was a public sinner to anoint him and the first witnesses of the resurrection were women.

Now, while Martha, in kitchen, was in a space conventionally reserved for women, Mary dared to venture into the space for disciples reserved for men at the feet of a Master or Rabbi. Martha wasn’t as mad that Mary wasn’t helping her in the kitchen as she was that she had the guts to venture into that space. In saying that Mary has chosen the better part, Jesus is doing more than signaling a preference for listening over acting; he is inviting this woman into full participation in the life of discipleship.

In Christ, as St Paul notes, there is no slave or free, no Jew or Greek, no male or female (Gal. 3:28). This was a very radical view at the time; the kingdom of God cuts across these social conventions.

Thus, everybody is summoned to discipleship which is a call for intimacy with Christ. On this note, Mary could be seen here as the forerunner of all the great women who followed Jesus over the centuries, boldly sitting at his feet and listening to him; Teresa of Avila, Joan of Arc, Claire of Assisi, Therese of Lisieux, Mother Teresa of Calculate etc., courageous women of faith who defied the socio-cultural constraints of their time to become influential disciples of Jesus.

No one should allow social or cultural expectations to deprive them of this better part. Whether you are a man or a woman, rich or poor, in or out, do not allow anyone’s expectations or any social or cultural construction deprive you of this better part; everyone should take their place at the feet of Jesus and move into the stance of discipleship.