Why are some indifferent to the Holy Eucharist?

In the olden days, people did not write their wills. They rather say their wills, usually as their last words before death. Writing to the Corinthians, Paul recalls the most important part of the spoken will of Jesus before he died: “On the same night he was betrayed, the Lord Jesus took some bread, thanked God for it, broke it and said, ‘This is my body that is for you. Do this in remembrance of me.’

In the same way he took the cup also, after supper and said, ‘This cup is the new covenant in my blood. Do this, as often as you drink it, in remembrance of me’” (1 Cor. 11:23-26). This happened during the Passover meal that recalls Israel’s redemption from slavery in Egypt.

It was the blood of the lamb slain for the Passover meal that was sprayed on the doorposts to secure the homes of the Jews as the angel of death passed over and visited the homes of the Egyptians. The Jews re-enact this ritual yearly as a memorial of thanksgiving for Israel’s liberation from Egypt and their hope of ultimate liberation, when Israel would truly be free at last. 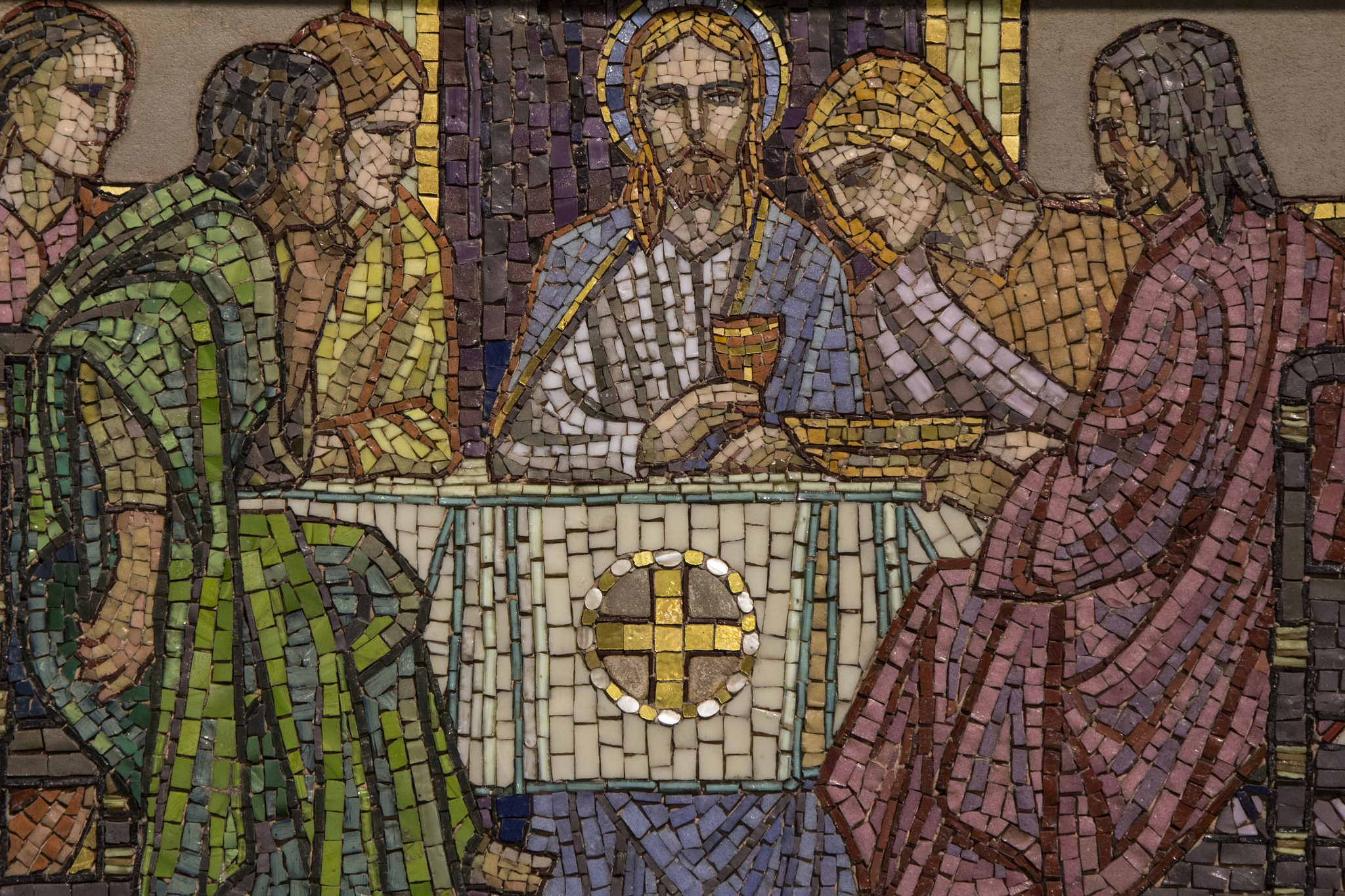 In giving his Body and Blood in the form of bread and wine, Jesus took the place of the Passover lamb, foreshadowing his imminent sacrificial death on the cross. Thus, he makes the Eucharist the new Passover.

In this will, Jesus speaks of the cup as “the new covenant.” Recall that having brought them out of the bondage of Egypt, God made a covenant with Israel in the desert; that they will be His People and He will be their God. To seal this covenant, Moses offered an animal sacrifice at the foot of Mount Sinai and sprinkled some of the blood of the animal on the altar and on the people making God and the people blood relatives.

We simply are the beneficiaries of its life-giving grace. This is why the name “Eucharist” which means “thanksgiving” is so appropriate. In its characteristic clarity, the good old Catechism explains the effects of the Holy Eucharist, the Body and Blood of Christ on those who receive it with dignity and devotion: 1. It unites us more closely to Christ. 2. It increases sanctifying grace in the soul. 3. It lessens the urge to sin and frees us from venial sins. 4. It gives us the pledge of eternal life.

After a Sunday Mass, Lady Gaga (yes, the pop star) posted a picture of herself leaning fondly on the shoulders of the jolly old priest, in a pose that suggests familiarity. Underneath she wrote: “Thank you Fr Duffel for your beautiful homily as always. I was so moved today when you said: “The Eucharist is not a prize for the perfect but the food that God gives us to nourish us…”

Indeed, the Eucharist is food for our sustenance but it works in a different way to other foods. The great difference lies in these words of Christ which St Augustine heard in prayer: “You will not change me into yourself…, but you will be changed into me.” While our system transforms and absorbs the food we eat into our bodies through the process of digestion, on the contrary, the food of the Eucharist transforms us into the body of Christ so that “we become what we eat”. To experience this transforming power of the Eucharist, we have to approach it with a lively faith in the real presence of Jesus in the Eucharist.

The report that miracles happen most during Catholic Mass should therefore not really come as a surprise. It is equally not surprising that the last thing Jesus asked of us before he died is that we persevere in this Eucharistic meal until his return in glory: “Do this, as often as you drink it, in remembrance of me”. Why then do many appear indifferent to the Holy Eucharist? We seem to jump at every excuse to miss the Mass. And most disturbing is people apologising to the priest for skipping Mass as though their coming is to do the priest a favour. 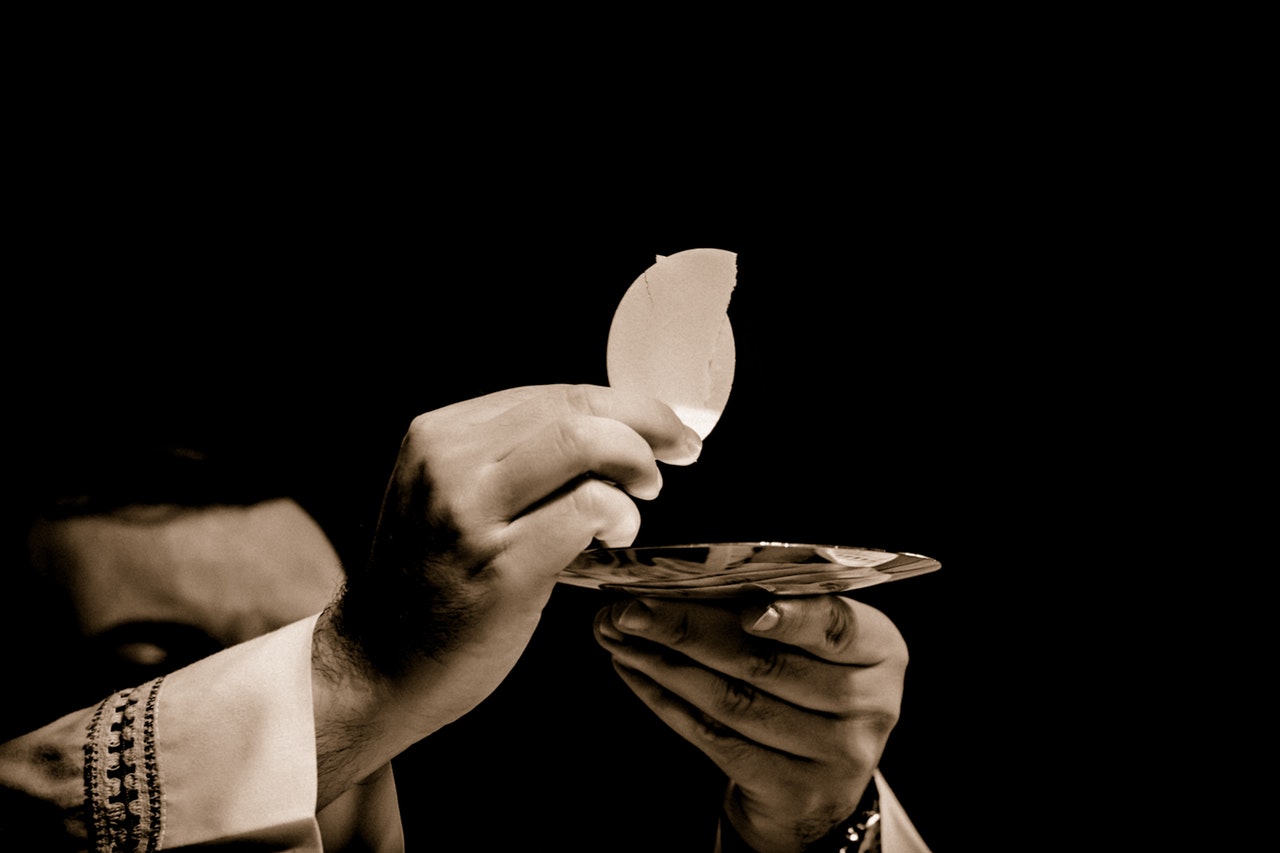 The Eucharist is justly conceived of as the very centre of Christian living. All persecuted churches survive to the extent that they are still able to celebrate the Eucharist; the churches in China, Ireland and England are clear examples. In effect, no one remains a committed Christian without participating actively in the sacrifice of the Holy Mass. The Eucharist is not something the priest does alone on behalf of others who see it as a performance in which they are only expected to be physically present. Yes, the priest presides and is the focal point of unity around which the community gathers but it is the community including the priest that celebrates.

There is a story of a community where people complained that the parish is dead so the priest organised its funeral Mass. In the course of the Mass, people were invited to file past the open coffin to pay their last respects to their dead parish. When they looked in, each saw the image of himself or herself in a large mirror placed at the bottom of the coffin. Thus, if our parish is dead or our Eucharist boring, it is not just because of bad sermons or poor singing. The problem is more fundamental and everyone is partially responsible. Before we give up going to Sunday Eucharist, we might therefore ask to what extent we are responsible for the situation we moan about.