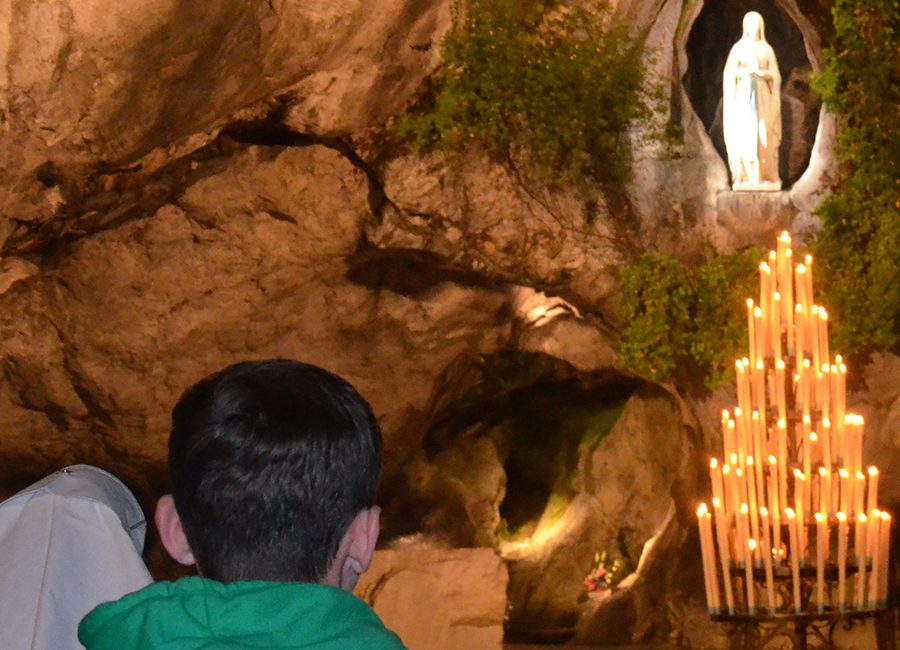 Two young boys were spending the night with their grandparents before Christmas. At bedtime, as they knelt beside their beds to pray, the younger one began praying at the top of his lungs: “I pray for a new bicycle!” “I pray for a new PlayStation!!” “I pray for…!!!” His older brother cuts in: “Why are you shouting your prayers? God isn’t deaf.” The little brother replied: “I know, but Grandma is!”

Studies have shown that everybody prays. In fact, it is said that the worst possible moment for an atheist (non-believer) is when he feels grateful and has no one to thank.

Our First Reading this Sunday describes that telling moment when Israel battled Amalek in the course of their journey from slavery in Egypt to The Promised Land. That journey symbolises the spiritual life – moving from the slavery of sin to the fullness of life with God. Thus, Amalek is not just an ancient tribe of Canaan but a symbol of the trials that confront us on that long and tortuous journey from sin to salvation.

We read that as long as Moses kept his arms up, the Israelites were winning in the battle, but as soon as his arms grow tired and drop, they begin to lose. Eventually his aides supported and sustained his hands in that “praying” position until victory was won. This indicates that prayer is key in the battle against “Amalek” of every kind that stands in the way of the spiritual life. 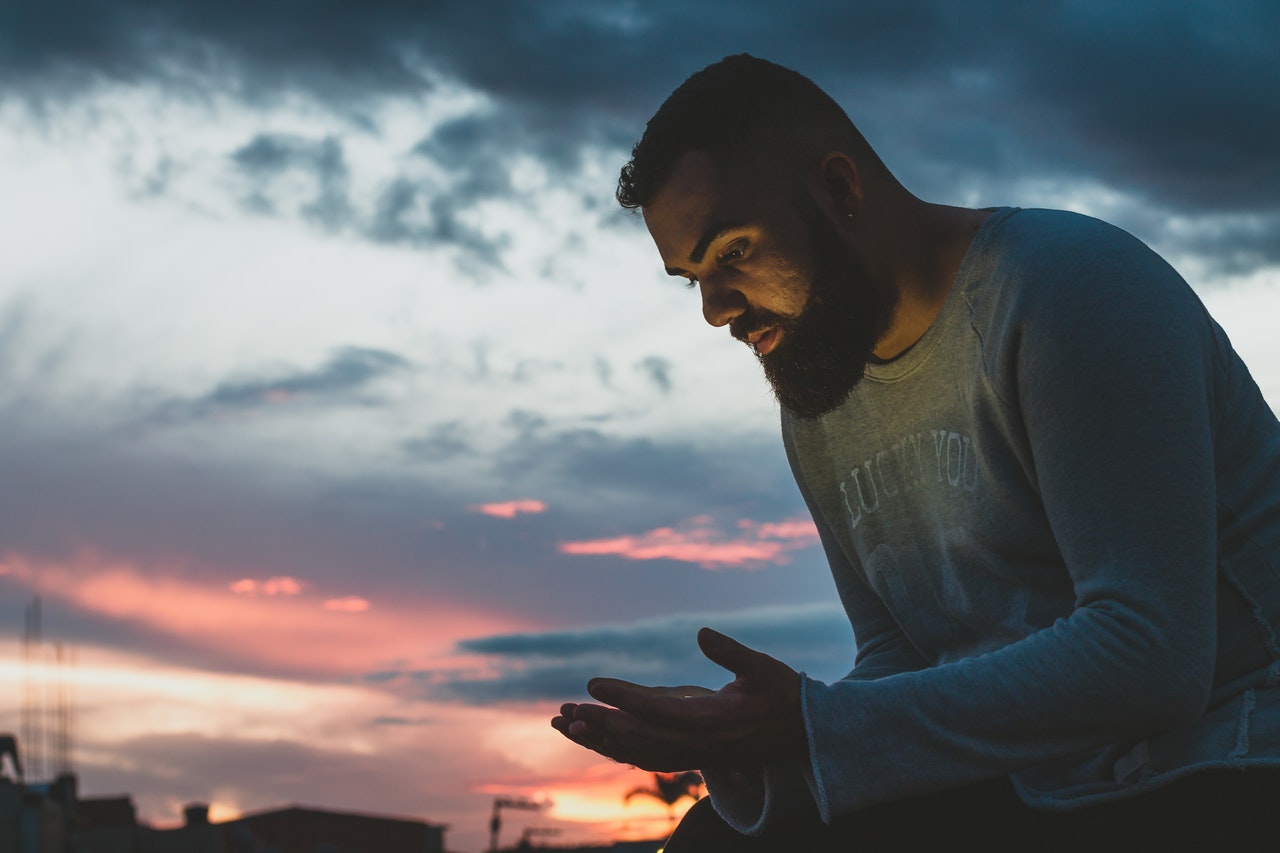 Raised hands which is a gesture of prayer is also the gesture of surrender to a superior power who then takes control over one’s life. We see this happen when someone is under arrest. Hence, though surrendering suggests weakness, in surrendering to God, we are actually the strongest as God takes charge. This explains the seeming contradiction in St. Paul’s submission that when he is weak, then he is strong (2Cor. 12:10).

No victory in the spiritual struggle is accomplished without prayer – the conscious aligning of our wills and minds to those of God. Through prayers, we keep ourselves steadily open to the influence of God. This perhaps explains why persistence in prayer is vital as exemplified with a parable in today’s Gospel.

An unjustly treated widow approached the corrupt local judge for justice. He ignored her. Justice is for the highest bidder. She could not afford it. But she pestered the judge to submission. He gave her justice to get her off his back.

Our needs and struggles can affect our relationship with God. We can either persist or walk away. Yet, giving up on God is one thing we cannot afford. That is the lesson of the widow in her refusal to accept an oppressive situation. Ironically, some seemingly pious people could have encouraged her to submit to the oppression as God’s will. But she knew better. She kept her hope in final justice alive and did everything in her power to get justice. Her dogged determination finally paid off and she was vindicated.

A story is told of an abused donkey whom the owner wanted to bury alive. He pushed it into a pit and started filling the pit with rubbish. But with every heap of rubbish, the donkey shakes it off and steps on it until the pit was full and the donkey stepped out. The person of faith knows that there are no hopeless situations; there are only people who have grown hopeless about their situations. If fire burns down your house, there is still hope so long as God did not die in the fire!

Yet, one may wonder, if “Our Father” who already knows our needs cares for us that much, why do we have to ask persistently or go through all the troubles to get His attention. Yes, God doesn’t need to have his arm twisted like the mean judge to give us what we NEED. However, that one prays doesn’t necessarily mean that one has the faith that is key to answered prayers. Concluding the parable Jesus had asked: “But when the son of man comes, will he find faith on the earth?”

In a way, our perseverance demonstrates our faith since the one without faith would easily give up. Secondly, our faith is strengthened with persistence in prayer. We might feel that our faith will be easily built if prayers are instantly or miraculously answered. But that would only yield shallow faith that fails the first time we didn’t get what we asked for right away. Strong, deep and lasting faith that can weather disappointment and discouragement is built on persevering even when the answer doesn’t come on our terms. 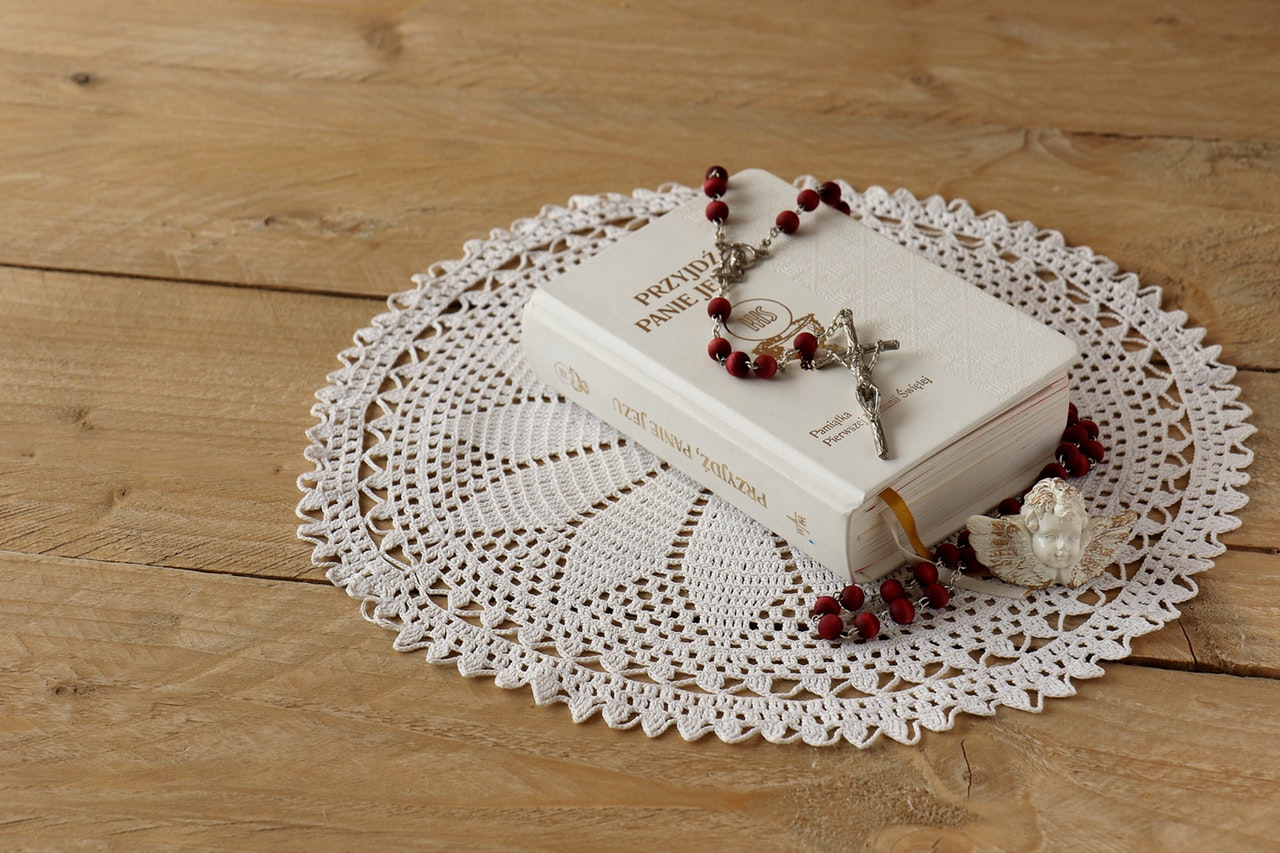 The “Google it” mentality of today whereby we Google any question and receive immediate answers appears to come in the way of our spiritual life. But it doesn’t work that way. Indeed, when we try to box God into answering prayers exactly how and when we want it, we miss God’s presence in ways we are not expecting.

As a loving Father, God certainly does not always give us what we WANT for our wants are often short-sighted and self-centred. Many children would quit school or eat only junk food if their parents would allow it.

Elsewhere, Jesus had noted that if humans with all their flaws know how to give good gifts to their children, how much more will Our Father in heaven give good things to those who ask him! (Matthew 7:11).

So, what are these “good” things? The widow asked for justice – something which God would certainly want for her. Yes, persistence in prayer doesn’t mean persistence in asking just for anything. A friend once asked me to pray that he wins the euro-million lottery. I jokingly told him that my prayer cannot support his greed. Good things mean asking for those things that will bring us closer to God; those things that will help us to know, love and serve God better. But it means above all asking to know what is God’s will for me and the strength to carry it out.