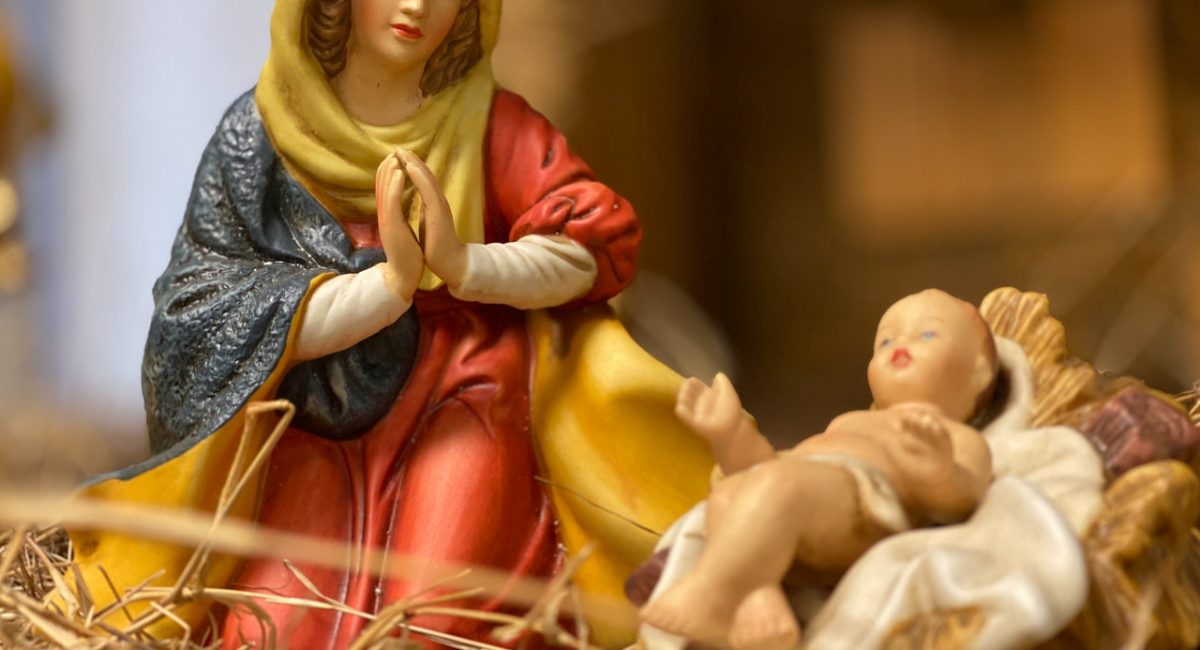 A few days to Christmas, an old Irish man in Dublin calls his son in America and announces: “I hate to ruin your season son but I have to tell you that your mother and I are getting a divorce. I’ve had enough!” The son explodes: “Dad, what are you talking about? Don’t do anything silly. I’m calling my sister and we are coming down to know what the matter is!” He slams down the phone and calls his sister in Australia. She calls the dad immediately yelling that he should not do a thing, that she and her brother will be there the next day. As she slams down the phone, the old man turns to his wife and says: “They’re both coming for Christmas and paying their airfare too”.

The Gospel passage for our Christmas Day Mass, taken from the prologue of John’s Gospel, affirms Jesus as the beginning and culmination of creation. It starts thus: “In the beginning was the Word ….” This reflects the very first words of the Bible (the Book of Genesis) as God created the world: “In the beginning, God ‘said’ “let there be….” Jesus is thus the “Word” (of God) through which everything was “spoken” into existence.

The verdict, following creation, was that “God saw all that He had made and indeed it was very good.” Finally, man was made and given the stewardship of creation i.e. to advance the purposes of creation. But man rather wanted to play God than be a steward. That is the whole rationale for coveting the tree of good and evil. The Devil had planted in his head that God knows that the day he eats of the forbidden fruit, his eyes will be opened and he will be like God (Gen. 3:5).

Sin is thus a rebellion; claiming to ourselves the prerogative of God. It remains fundamentally the same across the ages. In our time, it takes the form of self-invention: “I decide the meaning of my life.” “I decide the purpose of my body.” “If my body doesn’t make me happy, I change it.” “It is my choice, what to do with my pregnancy.” “If my gender doesn’t suit me, I’ll adjust it.” “In fact, I can decide the meaning of the universe itself.”

But it always goes with a price. For the people of God then, the Jews, it was centuries of socio-political darkness, with oppressive foreign rule. But they kept alive the promise God made to their ancestor David that the Messiah (Saviour) will come from his line (2 Sam. 7:1-29). Indeed, the whole history of salvation is Israel’s great quest for a true, just and Holy King who will live out the true and proper vocation of Adam, the compromised king of Eden.

Christmas is the fulfilment of that promise of a saviour. Jesus came to redeem creation; to seek and restore that which was lost (Luke 19: 10). However, while the popular belief was that the Messiah would drop suddenly from the sky, fully grown, in all his divine regalia and power, to establish His reign by destroying the enemies of Israel with the flourish of the Superman, Jesus came inconceivably as a tender child in a manger. But that was a masterstroke, for the presence of a child disarms and elicits love.

It is a most powerful metaphor that demonstrates that it is love that will win the war! The incarnation is a divine self-abasement that proves that messianic power is truly made perfect in weakness – in contrast to the grasping for power of earthly rulers. Yes, a child, in all its weakness is Mighty God! A child, in all its neediness and dependence is Eternal Father! And his peace has no end! It was in this guise of a vulnerable tender child that he stands against all violence and brings a message that is peace at a time when the world is threatened in so many places and in so many different ways! 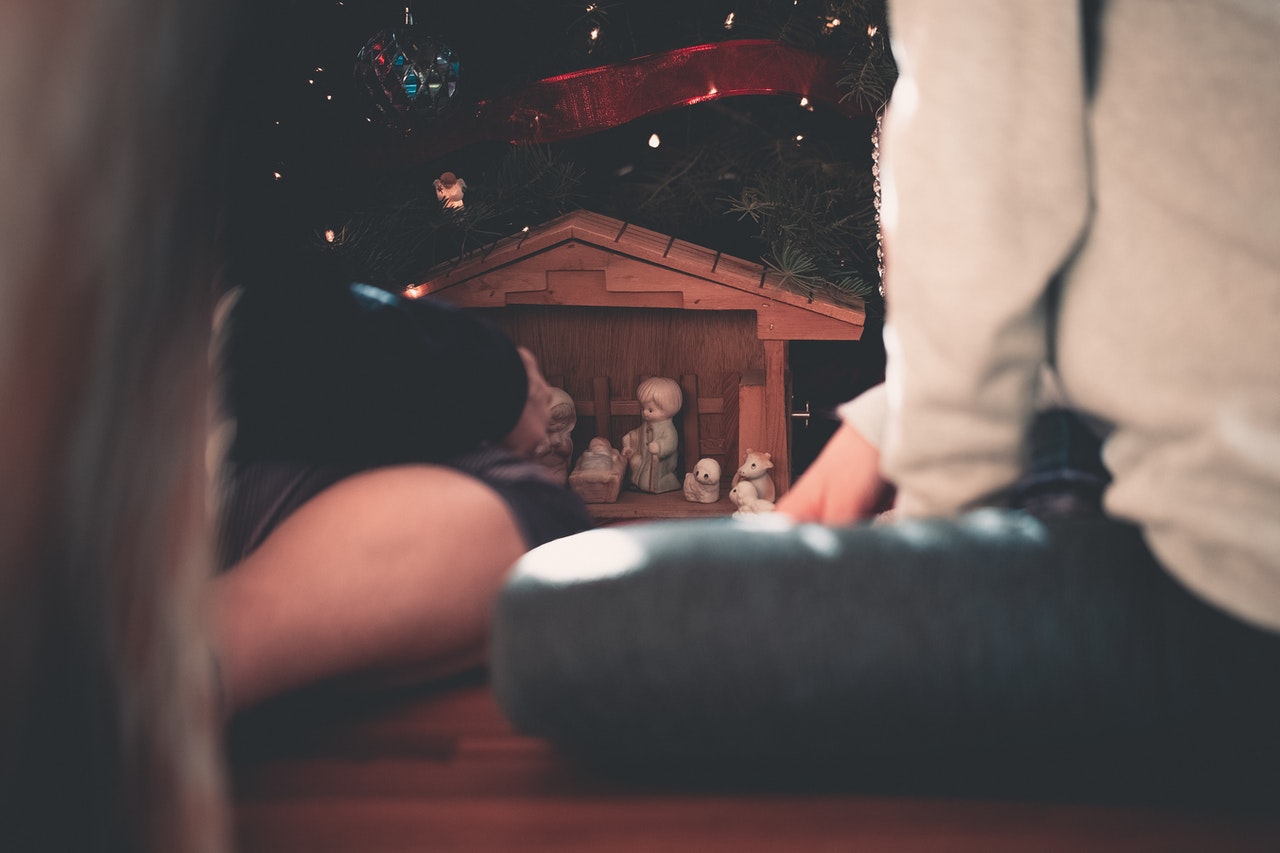 It is as though God was saying: “I know that my glory overwhelms you and that you are struggling to find your feet in the face of my splendour. So, now I am coming to you as a child, so that you can accept me and love me.” Thus, we can kiss God as we naturally desire to kiss newly born babies in an expression of pure love. But let us not just kiss his statue of plaster or plastic but the real child Jesus in flesh and blood in all who are similarly needy and vulnerable in our world.

It was quite instructive that the poor shepherds were the first to receive the news of his birth and the first to behold him. Like the tax collectors and prostitutes whom Jesus befriended, they belong to the lowest rungs of society, thus the most deserving of the Good News. Indeed, that he was born in a stable of animals because there was no room for him at the inn is a judgment on our attitude towards the homeless, the refugee and the migrant. But it is also a sad commentary on our extravagance and inordinate materialism. Today, people spend fortunes to deliver babies abroad.

God’s humility shines out in his taking the form of a helpless child. The hands that set each star in place and shaped the earth in darkness cling now to a mother’s breast, vulnerable, dependent, in need of human love. Hence, while the bright lights of today’s commercialised Christmas reflect this “Light of Christ” that came to dispel the darkness of our world, it should not hide the mystery of God’s humility.

We are to see through the superficial glitter of this season the humility of God in the child in the stable which in turn calls us to humility and simplicity, for only then can we find true joy and true light. As Emeritus Pope Benedict insightfully observed, today, anyone wishing to enter the Church of Nativity (where Jesus was born) in Bethlehem will find that the very high doorway through which emperors used to enter the building on horseback is now considerably reduced leaving only a low opening. The intention was probably for security but providentially it has worked to prevent people from entering God’s house on horseback.

Anyone wishing therefore to enter the place of Jesus’ birth has to get off the high horse of their so called “enlightened” reason. We must set aside our false certainties, our intellectual pride, which prevents us from recognising God’s closeness. We must bend down and spiritually go on foot in order to pass through the gate of faith and encounter the God who is so different from our prejudices and opinions; the God who can conceal himself in the humility of a newborn baby.