There was this very telling story of a monastery in crisis. It was headed for extinction as monks left with no new candidates joining them. The few remaining monks were becoming old and increasingly grumpy. The atmosphere was toxic and there was a drastic drop in the number of pilgrims who would normally call in for prayer and consultation. Their head, the Abbot, went to consult a spiritual sage (hermit) about the situation. The hermit told him that he has a secret for him. One of the few monks remaining in the monastery is actually the Messiah, but he lives in disguise, so that no one can recognize him.

With this revelation, the Abbot returns to the monastery, called a meeting and delivered the message from the hermit. Bewildered, the monks looked at each other in disbelief, trying to figure out who among them could be the Christ. It couldn’t be Brother Luke. Though he persists in prayer, there is some air of arrogance about him. Could it be Brother Mark who is always available to help? But he can’t stop talking. Brother Joe is self-controlled, but he is hard to please. That the Messiah possibly adopted some bad habits to disguise his real identity made the task of figuring him out even more frustrating. At the end, the monks could not make a head way. All they knew for sure was that any of the monks, excepting himself, could be the Christ.

However, with this knowledge, from that day onwards, they all began to treat one another with utmost care and respect, knowing that the person they were relating with could be the very Christ. The atmosphere of the monastery became increasingly loving and the monks could grow in zeal and holiness. Gradually people began to take notice of the new spirit in the monastery and started coming back for prayer, retreats and spiritual direction. They began to testify to the amazing atmosphere in the monastery. Soon, interest in joining the monastery was rekindled and the monastery eventually came back to full live. This transformation could happen simply because a man of God drew their attention to the truth that Christ was living in their midst as one of them.

That, too, was the powerful message John the Baptist tries to announce to the Jews anxiously waiting for the coming of the Messiah as we read in this Sunday’s Gospel. He tells them that among them stands someone unknown to them, the one coming after him, whom he is not worthy to untie the strap of his sandals. The Jews of the time could not recognize Jesus as the Messiah because they had their views of how the Messiah was going to come: fully-grown, he would drop suddenly from the skies, on the Temple Mount, in all his divine regalia and power, and establish his reign by destroying the enemies of Israel. As they reasoned, “No one would know where he came from, because he came from God (John 7:27).

When Jesus eventually came, born of a woman like every other person, that could not meet their expectations. He was too ordinary and unimpressive. The divine condescension was too extreme. They could therefore not recognise him. But, after 2000 years, are we any better in recognising the God who comes in the needy to feel my kindness and in the common and familiar to feel my mindfulness? Are we now better able to recognize Jesus in the persons of the ordinary men and women in our midst with their unimpressive attitudes, habits and appearances?

On this Gaudete Sunday, the Church also bids us rejoice always (Gaudete means ‘rejoice’ in Latin). This command is taken from our Second Reading from St. Paul’s First Letter to the Thessalonians. A realistic normal person will rejoice sometimes, not always. As we sing in The Lord of the Dance, “It’s hard to dance with the devil on your back.” Should I rejoice that I’ve lost a dear one or rejoice that my house is on fire? That’s crazy! Moreover, the fact that Paul was not partying but being persecuted and fleeing from town to town when he made this call clearly shows that he is inviting us to something much more fundamental than a fleeting feel-good feeling.

This joy is about the enduring sense of security that flows only from an intimate relationship with God. Paul believed and experienced that God was always with him. It is the joy of Immanuel – God is with us. The joy of the Lord was his strength (Neh. 8:10). When we achieve an intimate personal relationship with God, we experience the fruits of the Holy Spirit in our lives; love, joy, peace, patience, kindness, generosity, faithfulness, gentleness and self-control (Gal. 5:22-23). This security does not insulate us from the challenges of life rather we are empowered to face them in the knowledge that a victory of universal and fundamental importance has been won through the resurrection of Jesus, a victory so powerful and so complete that no evil the world throws at us could ever undo it. 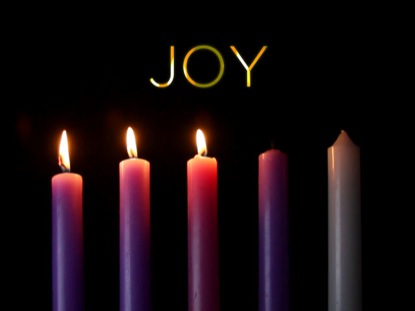 The call to rejoice is perhaps the most neglected of all our Christian obligations but the fact of our faith is that, in the death and resurrection of Jesus, we have all we need to be happy. This is the joy of the saints; people who endure the worst kind of suffering and yet have an unparalleled sense of peace. So, even as I feel depressed with a diagnosis of cancer (which is a normal emotional reaction in the circumstances), I am convinced as a believer that the most important victory has been won since not even death itself can rob me of the sanctuary of God’s love and peace.

This is why the Gospel is but Good News. If it’s not, then we should worry that we might have spoilt the story in the telling. In his first Apostolic Exhortation “The Joy of the Gospel” which set the tone of his papacy, Pope Francis writes: “The joy of the Gospel fills the hearts and lives of all who encounter Jesus. Those who accept his offer of salvation are set free from sin, sorrow, inner emptiness and loneliness. With Christ, joy is constantly born anew.”