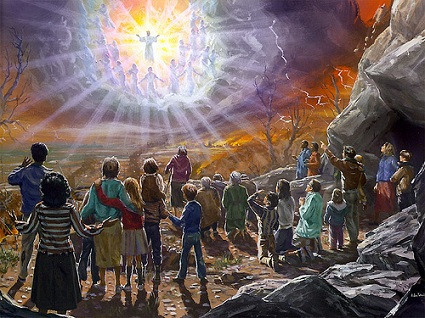 The One Who is to Come … Advent

Usually, when newly elected leaders fill up their cabinets, those who worked hard for them during the campaigns and election are rewarded with the juicy offices. That’s natural isn’t it? If you work, you ‘eat’. But that’s not so for poor John the Baptist in this Sunday’s Gospel.

His embattled nation, now a province of the Roman Empire, had suffered for centuries under the oppressive rule of foreign powers – heavy taxation, violence, and even the desecration of their sacred places and traditions. At times, their own political and religious leaders were complicit. In the face of this pervasive evil, John spent all his life in the desert praying and fasting in readiness for his mission of preparing the way for their liberator (Messiah) which he eventually did, calling the people to a baptism of repentance.

John’s preaching was fiery as his belief that the Messiah will come with wrath to finally destroy the evil-doers and establish His kingdom. Now, the long-awaited Messiah emerges and begins his public work. He chose members of his cabinet (his apostles) and John wasn’t even shortlisted. In fact, John is languishing in prison because in the course of preparing the ground for the coming of this Messiah, he had condemned the sins of the King Herod thus incurring his wrath. The Messiah doesn’t go to visit John in prison or even send him a word of encouragement.

Worst still, John hears that he is going about performing signs and wonders. Why doesn’t he use his miraculous powers to set him free? After all, it was prophesied that one of the signs of the Messiah is that he will liberate the captive. As the one who has worked the hardest for his coming, it is not out of place should John expect to be a key beneficiary of his reign. As time passed and John couldn’t get any feel of this Messiah, he had to take the bull by the horns. It wasn’t funny any longer. So, he sent messengers to help him clarify things further. They are to ask Jesus: “Are you the one who is to come, or have we got to wait for someone else?”

In the reply, there was no mention of “the coming wrath” or of any plans of rescuing John from prison. Instead, Jesus tells the messengers, “Go back and tell John what you hear and see; the blind see again, the lame walk, lepers are cleansed, the deaf hear, the dead are raised to life, the Good News is proclaimed to the poor, and happy is the man who does not lose faith in me”. In other words, “Yes, I am indeed the Messiah. But please do not take offence at me if all your expectations are not met.”

So, what is going on here? Wrong expectations! The popular belief was that prosperity was a sign that God was with someone while adversity signifies that God has abandoned a person. The whole essence of the Book of Job who was a godly man and yet met with difficulties was to correct this notion. But that way of thinking has persisted till today in spite of the personal example of Jesus himself. Yes, it is true that Jesus miraculously healed and liberated people physically and materially. That was part of his Messianic mission to redeem creation that has become compromised, broken and dysfunctional. However, the miracles are more importantly “signs” of inner spiritual awakening or transformation.

Take, for example, the healing of the blind Bartimaeus (Mark 10:46-52). Bartimaeus implores Jesus, “Lord, I want to see”. And once he regained his sight, he followed Jesus on the road. That is quite significant. Yes, he regained his physical sight but if he had walked away from Jesus at that point, that would indicate spiritual blindness. But by grace, Bartimaeus knows very clearly where he should be going – following Jesus on the road and that was what he did. And this is a road that leads to Jerusalem, in other words, to suffering, death and resurrection – the narrow path that leads to life (discipleship).

Like John, we too find ourselves in difficult situations and we have our expectations of how God will intervene. Isn’t our expectation that God manifest superior power to make things right? Jesus realized that only the humble power of God’s love can vanquish the reign of evil and bring about a new kingdom of justice and peace. Love, which seems most weak, most impractical, most foolish in the face of evil, is the only force that can change the human heart.

Like John, we are equally people of Advent who wait on their Lord. What are our expectations this Christmas? Many definitely expect the material over the spiritual. But, it is only if we are able, like John, to be freed of our own expectations, that we shall be able to welcome the coming of the Lord and his way of love. For what does it profit a person ultimately to receive the use of physical eyes if they continue to be spiritually blind; if they cannot perceive?