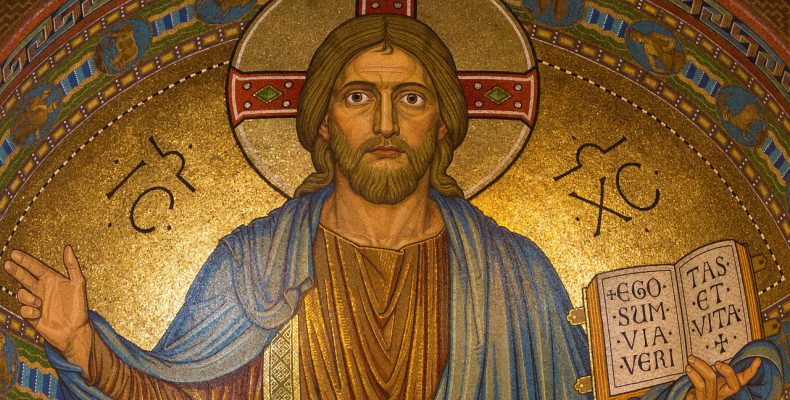 We come to the end of the liturgical year with the Feast of Christ the King. The idea of a ruling monarch would probably not go down well in democracies. But kingship as a central idea in the Bible is quite a positive one. The flow of creation from God is like a majestic liturgical procession: the light, the sky, the earth, the seas, the vegetation, and the animals, with human beings coming at the end as the most dignified, reflecting the priestly character of human beings who are meant to praise God on behalf of the whole of creation.

But it also reflects the royal character of human beings called in Adam to be the kings of creation; to reign on behalf of God in whose image we are made and to govern the world according to God’s purposes of love, compassion, non-violence and justice. However, Adam’s disobedience exemplifies man’s contrary desire to govern the world according to his own purposes. And when the king goes bad, the whole nation goes bad!

At their best, leaders and kings after Adam rule according to God’s purposes. David is an example. But soon he also compromised as did successive kings after him. God’s idea to rule through his earthly agents was thus being frustrated even as the longing for the ideal king persisted, the new David who would lead as God purposed in creation, as expressed in the prophets and the psalms. God’s decisive intervention came in His taking human form in the God-man Jesus, to reign as the perfect king over creation and show what God’s kingship look like as seen in the following parallels.

Hence, he is a king who rather gives and gives to the scandalous extent of totally emptying himself; hanging naked on the cross and giving up his spirit. Yet, that moment of utter degradation is in truth the most glorious moment of his reign because it is the moment when he gave the uttermost proof of his love – greater love has no man than to lay down his life for his friends (John 15:13). With the power of the spirit, he rises from the dead, showing God’s power greater than anything else in the world and that he is now the indisputable king to whom all allegiance is due.

This is echoed in our Second Reading (1 Cor. 15:20-26, 28) where Paul not only assures us that Christ’s resurrection is definitive proof of his victory over sin and death but that the fact that he was raised means that we too—whose nature he assumed—will equally be raised. That’s the revolutionary message of the Gospel which still makes the powers of the world tremble today. How beautiful and ironic that it was Pontius Pilate, the State Governor, who places over his cross (the instrument of his humiliation), a sign which acclaims Jesus of Nazareth as king of the Jews; announcing it to the whole world, in Hebrew, Greek and Latin.

As he hung on the cross, the onlookers challenged him to openly manifest his royalty and many, including his friends, expected a spectacular demonstration. But he chose to show his kingship only in answer to the prayer of one man who was in fact a criminal: “Jesus, remember me when you come into your kingdom.” He replied: “Amen, I say to you, today you will be with me in paradise.”

In view of this, the most important question to ask on the Feast of Christ the King is not whether he reigns in the world but whether he reigns in me; it is not whether his kingship is recognized by states and governments, but whether it is recognized and lived in me. Is Christ the King and Lord of my life? Who rules in me, who determines the goals and establishes priorities: Christ or someone else?

In the end, this King will judge us only on the extent we have emptied ourselves too in loving service to him in others. As he described it in today’s Gospel, the sheep (the good guys) will be separated from the goats (the bad guys) on the basis of who fed him in the hungry, who gave him drink in the thirsty, who welcomed him in the stranger, who clothed him in the naked – the many who are stripped of their human dignity, who visited him in the sick and the imprisoned.

Yes, one does not love others just for God’s sake or to please God; one does not go to God through others but one seeks, finds and loves God IN others. And it does not matter how they got sick; whether it be HIV-AIDS contracted through a sexually promiscuous lifestyle or through drug addiction. It does not matter why they were imprisoned; whether it be for murder or rape. It does not matter how they became strangers; whether they be legal or illegal immigrants. These people are especially to be loved because they are the most in need of having their lives turned round.

Instructively, none of the conditions are religious in nature; there is no mention of any creed and it is not about keeping or breaking of commandments. It is about the fruits of our unselfish love. Thus, Final Judgment is about righting all the wrongs of this world. As man’s life here on earth has evolved, he has become accustomed to everything; he has adapted to every climate, become immune to every disease. But there is one thing that he has not got used to: injustice. He continues to find it intolerable. And it is to this thirst for justice that the universal judgment will respond.

Today’s feast therefore calls us to live in such a way that justice is not a condemnation for us but salvation, and we can be those to whom Christ will say: “Come, blessed of my Father, take possession of the kingdom prepared for you since the foundation of the world.”