How To Share in the Divine Life; Recognise Him, Choose Life

It is said that when you are good at making excuses, it’s hard to excel at anything else. In this Sunday’s Gospel, Jesus tells a parable about a king who invited people to his son’s wedding banquet but they all failed to turn up, making excuses. Some even seized, maltreated and killed the messengers. Understandably, the king was furious. In a fit of rage, he killed the people and burned down the city. Consequently, he threw the party open to all but had to throw out a man who came in without a wedding garment.

The king might be seen as overreacting and it can be difficult to associate him with God as the parable intended. But, in the land of the deaf, you have to shout to be heard. Such exaggerated narratives are necessary to shake up a society that has lost the sense of God. The Gospels often use the imagery of a wedding feast to talk about God’s relationship with humanity. Jesus, who was himself a guest at the wedding feast at Cana, is, in himself, the wedding of heaven and earth – the coming together of divinity and humanity.

On this occasion, the king is God the Father who is giving a banquet for his only Son (Jesus) whose bride is the church. In other words, we, the invitees are not just guests; we are being proposed as the bride to this outstanding groom. It is a state event. Honouring the invitation is a way of expressing one’s loyalty to the throne while declining suggests rebellion.

Isaiah, in the First Reading, describes the menu at this banquet as containing the choicest of foods and wines. He also discloses that here, death is destroyed forever. In other words, eternal life is the wedding souvenir. Just as people leave regular wedding feasts with pens or notepads as souvenirs, here, people take away eternal life! If you are invited to such a banquet, you don’t start checking your diary to see if you are free. You can’t get a better invitation. This is what is on offer in Christianity.

No other religion has ever proposed a more extraordinary opportunity to humanity. It is a marriage that is meant to offer us a share in the divine life. Yes, God took human nature so that we can share the divine nature. In giving his son in marriage to us, God ultimately gives us His very self. God’s anger in the parable is a metaphor for His burning desire to see humanity respond to this invitation to ‘get a life’.

When God calls, there is always a sense of urgency. Jesus told this parable in the days running up to his death on the Cross. He wants his listeners to recognise him for who he is, to choose life, to choose conversion. Now, imagine the incomprehensible disinterestedness of the invitees. Even more telling is that they have gone about their legitimate businesses. Yes, it is not as if they are involved in dubious activities. In other words, often times, it is not sin but preoccupation with the necessities of life that keeps us away from the joy of the kingdom.

Some work round the clock ‘to make ends meet’ – no time for God and for others. At the end of the day ‘ends’ never meet. Why? Because unless the Lord builds the house, they labour in vain that build (Ps. 127:1). As Jesus will instructively note, “Life is worth more than food and the body more than clothing!” (Luke 12: 23-25). The parable thus underscores what strange priorities we tend to have and the bizarre extent we can go to in resenting the bearers of the good news. Aggressive secularism is determined to push God out of public consciousness and violently too.

The tragedy of this culture is the suggestion that we might be satisfied grasping onto the goods of this world; career, pleasure, money, success, honour etc. These, by the way, are not bad in themselves. We are meant to take advantage of them but they are important to the extent that they can advance our response to the invitation to participate in the divine life, to enter into intimacy with God, to be married to Christ. We should not pursue them as ends in themselves, as having ultimate value, nor should we because of them compromise our relationship with God and people.

With the refusal of those originally invited, the banquet hall was thrown open to all, bad and good alike, until the wedding hall was filled. There are now no elites or ‘chosen people’. Jesus says to the self-righteous, “the tax collectors and the prostitutes are getting into the kingdom of God before you.” God’s invitation is so generous and so grand. It goes out to those who don’t feel invited, to those who are not privileged. The Church calls all to her bosom. It is, and always will be, a Church of both saints and sinners. 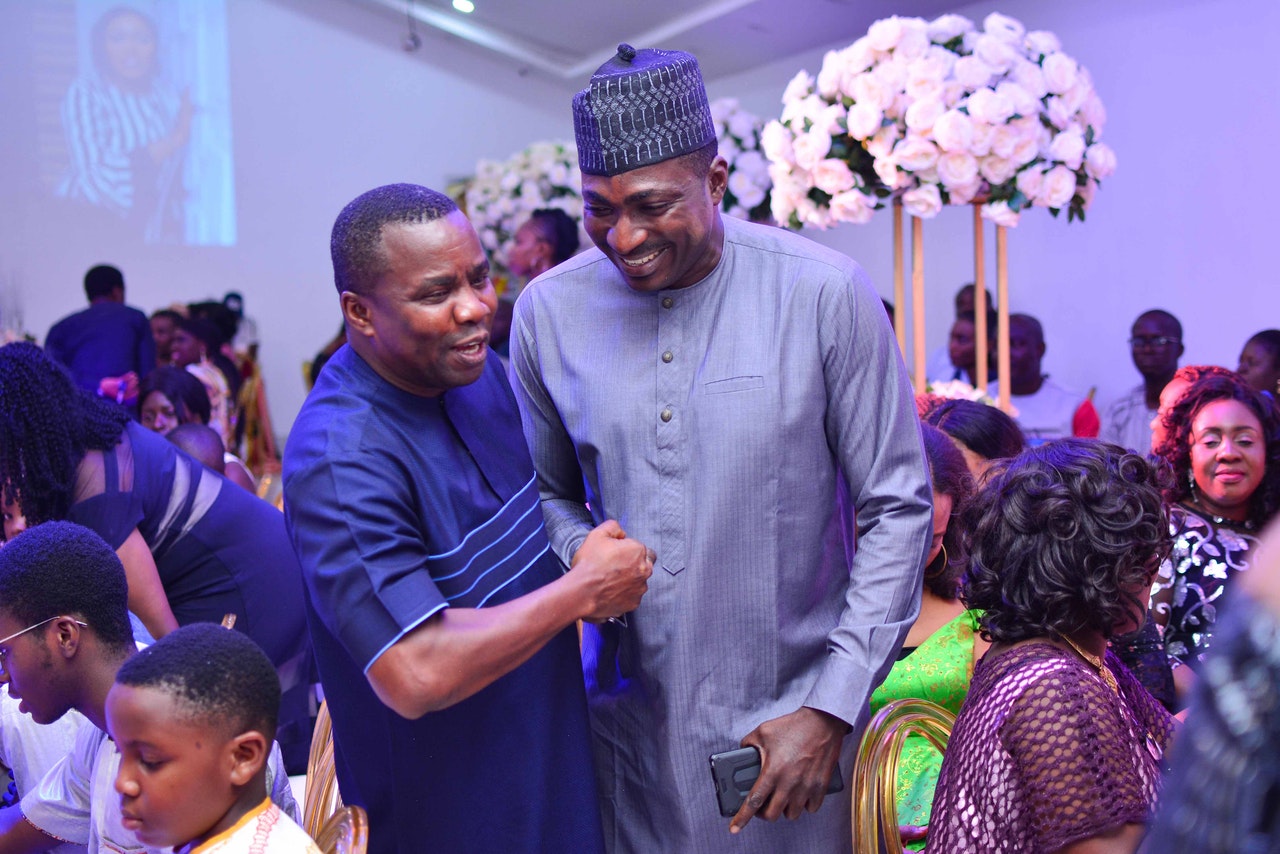 Instructively however, the king throws out a man without a proper wedding gown. This appears unfair. Where was he expected to get the proper wedding garment at such short notice? The important point here is that the initial acceptance of grace is fundamental but not enough. Grace must go with discipleship; those on the way to the kingdom must strive to acquire the moral and spiritual character in line with life in the kingdom.

Without the wedding garment, the guest was physically present, but his loyalty is questionable – his mind and spirit were not there. This is the hypocrisy which Jesus condemned all through his ministry. It is not surprising therefore that the parable ended on the realistic note that many are called but few are chosen. It is a sad fact that although everyone is being called to experience the love of God in their lives, relatively few will take the plunge and really try to taste that experience in a life of love and service.