How the Trinity Begins to Make Sense

Nobody has ever succeeded in clearly explaining the mathematics of the Holy Trinity; the idea that the one God exists in three Persons: the Father, the Son and the Holy Spirit. The Great St. Augustine tried in vain and it was later revealed to him in a vision that trying to understand the mystery of the Trinity with our limited intellect is like trying to empty the ocean into a tiny hole with a teaspoon. St. Patrick also tried using the shamrock leaf. But he failed too because while the three petals of the shamrock are joined inseparably at the base, in the Trinity, we have three distinctively separate Persons but one God.

Symbolically speaking, the best analogy for the Trinitarian equation is that of water which could come in three different forms: liquid, solid (ice block) and gaseous (vapour) with all being of the one chemical substance H20. However, the most pertinent lesson from the mystery of the Trinity came from an unexpected source – an incident reported in Things Fall Apart, the classic African novel that captured the conflicts of the natives with the emergent Western missionaries.

In one of the telling encounters in the novel, a young minister tried to explain the doctrine of the Trinity to a gathering of native elders. When he talked about the Person of God the Father, this made sense to the elders as in a Father being the head of the God family just as in human family. Then, he talked about the Person of God the Son and this equally made sense to the natives; a Father could have a Son in a family model. The native elders expected the minister to naturally conclude that the Holy Spirit is the wife of the Father and the mother of the Son. That would have made sense in the family model.

But the minister hesitated and instead began to explain that the Holy Spirit proceeded from the Father and the Son. The elders told him that the equation simply didn’t add up and on that note they have to call it a day. However, the novel noted that as the dialogue between the minister and the elders lasted, the children were not interested in the “mad logic of the Trinity”. They were rather captivated by the loving atmosphere of the new religion with its message of God’s love for people as opposed to the retributive justice of the traditional religion into which they were born. 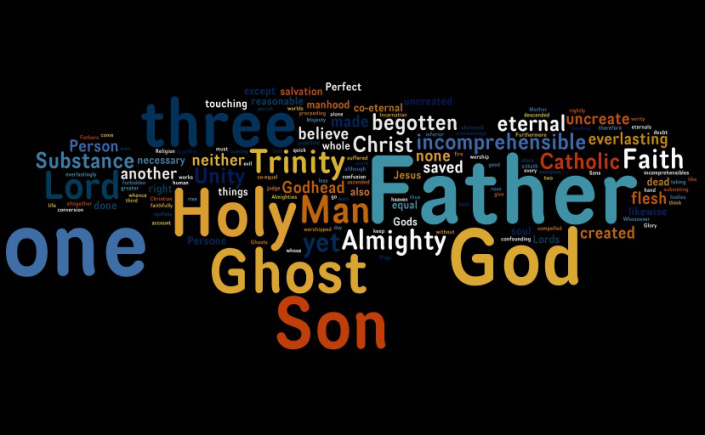 It is in the light of such “loving atmosphere” that the doctrine of the Trinity begins to make sense; the One God existing in three persons being an indication that God does not exist in isolation but in a community of love and sharing. Hence, as behaviour is determined by the nature of things (St. Thomas Aquinas), the crucial lesson of this doctrine is that we who are made in the image and likeness of the Trinitarian God are made for a life of relationships; a life of love and sharing. And the more we conform ourselves to this communal nature of the God in whose image we are made, the more we live true to our nature hence the more we live fulfilled.

It may appear to be working for us in youth but as nature cannot be cheated, soon we begin to pay heavily as independence translates into dehumanised isolation in old age. Pope Paul VI insightfully noted that in youth the days are short and the years long but in old age, the years are short and the days long! I once visited a home for the elderly in the UK and one of the residents was moaning bitterly at a cruel world of awful loneliness. Yet, the same old man was making excuses for his children’s unavailability; that they are working. I reasoned that perhaps work made him unavailable for his own parents so he couldn’t complain.

You can’t eat your cake and have it. What goes around comes around. This may also explain the statistics that 80% of lonely people in the UK over the age of 85 say that they have not told their children how they are feeling. People have been discovered dead for days in the isolation of their cherished private spaces. Statistics show that 2 million people over the age of 75 in Britain live alone and more than one million elderly people go more than a month without speaking to any one they know. Half a million British pensioners spend Christmas alone. Disturbingly, this is spreading even to the more traditionally communitarian societies.

In south-eastern Nigeria for instance, it is not uncommon today for children to leave their aged parents in the care of stranger-house helps even while living in the same premises. Mother Teresa declared that the most terrible poverty is loneliness, and the feeling of being unloved. The pace and technological intensity of modern life which favours speed and convenience makes isolation easier than ever. This is even as the social media gives us a false sense of keeping people more connected. The more we decide to catch up on WhatsApp or skype, the more we compromise natural bonding. I can feel your pulse and the way your heart beats only by holding your hand.