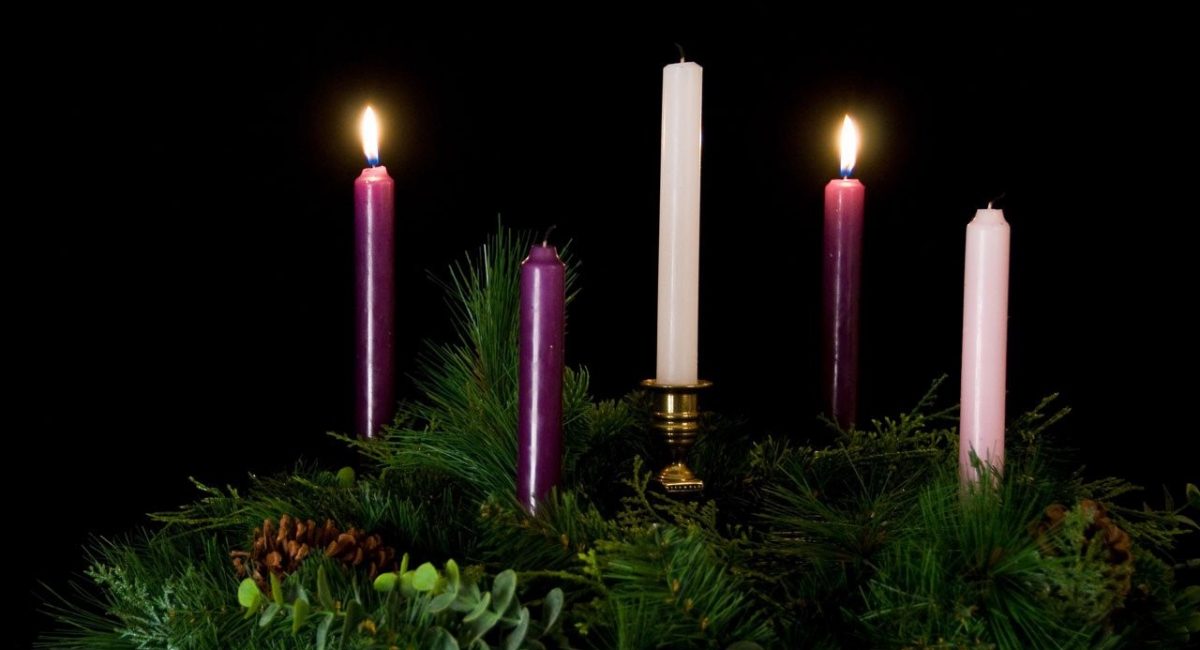 A recent Church of England poll found that 40% of Christians in England don’t believe that Jesus was a real person that lived. They imagined him to be a myth – a mere fictional character.

However, matching names with office, times and places, Luke in this Sunday’s Gospel demonstrates that the stories of John the Baptist and Jesus are concrete historical facts. He writes: “In the fifteenth year of Tiberius Caesar’s reign, when Pontius Pilate was governor of Judaea, Herod tetrarch of Galilee, his brother Philip tetrarch of the lands of Ituraea and Trachonitis, Lysanias tetrach of Abilene, during the pontificate of Annas and Caiaphas, the word of God came to John son of Zechariah…”

Luke is preparing us for the announcement of the most important news in the history of the world – God coming among us as a human being. He therefore provides the exact time this is going to happen (Fifteenth year of Tiberius Caesar’s reign); the political situation (Palestine was a colony of the Roman Empire with Pilate as Governor); the religious situation (Annas and Caiaphas were High Priests) and the place (Judea, a small province in the eastern part of the Empire). These can all be verified.

At the beginning of his Gospel, Luke clearly identifies himself as a historian. He writes: “Many people have done their best to write a report of the things that have taken place among us. Because I have carefully studied all these, I thought it would be good to write an orderly account for you so that you would know the full truth about everything which you have been taught.”

While myths like the many fables about the gods of Greece, Rome and Babylon or story-book-tales do communicate some truths about life, they represent human wishful thinking, the projection of the ideal we desire. But Luke is rather telling us that something real happened in history to turn things around, to reverse the course of history that has gone on in vicious cycle of some good and more evil.

This breaking of God into human history was particularly significant for the people of God at the time (the Jews) who have reached the climax of their fall both socially and spiritually. Recall that for 430 years, they laboured as slaves in Egypt. Following their liberation through the Passover, they made a tortuous 40 years journey through the desert to get to the Promised Land. Subsequently, they fell to invading enemies and were taken from one captivity to another; first by the Assyrians (740 BC), then the Babylonians (586 BC) and the Romans (63 BC).

Their lowest moment must have been during the Babylonian captivity when the King Nebuchadnezzar also destroyed their Temple, which meant everything for the Jew, and he spitefully used the sacred vessels on his dining table.

It was during this depressing moment that they sang their famous dirge: “By the rivers of Babylon, we sat and wept, when we remembered Zion…. How can we sing the songs of the Lord while in a foreign land?” (Psalm 137).

John the Baptist was chosen to announce this coming of the Messiah, the Saviour King. From the moment of his birth, John was acknowledged as the prophet. His father declared: “And you, child, will be called the prophet of the Most High because you will go before the Lord to prepare the way for him” (Luke 1:76).

Echoing the Prophet Isaiah and the Prophet Baruch whom we heard in our First Reading, John’s message was that they should: “Prepare a way for the Lord and make His paths straight. Every valley should be filled in, every mountain and hill be levelled; crooked ways should be straightened and rough roads made smooth. And all mankind shall see the salvation of God!”

Why the ‘road maintenance’ metaphors? Well, while the Messiah would actually ride on a donkey through the high streets into Jerusalem, his ultimate mission and destination is the human heart. It is therefore the road to the heart that they are called to fix.

Having suffered protracted exile and slavery, bitterness must have ‘mounted’ in their hearts against their captors and even against God who allowed such to happen to them; the so called people of God. The mountain of bitterness and resentment would constitute obstacle to their opening their hearts to the Messiah who comes. Therefore, these need to be leveled.

On the other hand, they would have become low in spirit and down in faith hence they must rise from the valleys of moral laxity.

Similarly, every unjust social difference between the highly placed (rich) and the lowly placed (poor) must be eliminated or at least reduced. Moreover, the crooked ways of corruption that must have evolved with their fallen state must be made straight.